THE TIBOUREN, A TYPICAL PROVENCAL VARIETY

To begin, I would like to introduce myself.  My name is Olivier Deforges, I am in charge of wine production at Clos Cibonne winery in Pradet, France. It consists of setting up a logistics work in the vineyard in order to produce quality grapes for winemaking and reach high-quality products. I have a degree from Bordeaux Œnology and Viticulture University and a degree from Sup Agro of Montpellier. For the coming months, we will talk about different subjects such as the History of our vineyard, the work methods in viticulture and in oenology  used in Provence and France to produce rosé and many other subjects.

Firstly, we begin with the introduction of a very old grape variety and uncommon which is called “Tibouren”.

Tibouren is a grape variety from the Mediterranean basin which dates back to ancient times. We find traces in lower Mesopotamia, or Babylonia in the gardens of the Chaldeans. Phoenician traders imported it in Greece from where it went to Rome and then on the Liguria  coast.

Some writings show that first Julius Caesar, then Horace, Virgil’s friend, Augustus’ favorite praised Tibur’s wine, produced at that time in Italy on the slopes of the valley of the Tiber, which they loved to enjoy. It was the Romans who introduced it in Gaul in the Antibes region. It was at first named “Antibes plant”. Then planted in Massalia area, vine resumed its original name of “Tibur” or “Tibour” before to be renamed Toubouren by the province.

This grape variety was located on the hillsides of Malgue, close to Pradet and gave its name to the Bay of Vignettes at the gates of the Bay of Toulon. But this vine was unpredictable and fragile. It was gradually abandoned with the arrival in the late nineteenth century of grape phylloxera which forced French grape varieties to graft on American young plants in order to save varieties from this disease that have ravaged vineyards worldwide.

This is André ROUX, my great-grandfather, who decided in 1930s to graft this old grape variety on American plants and thus safeguard this old wine variety.

This old and precious variety of grape nearly disappeared because of several raisons:

Tibouren grape is sensitive to the vagaries of weather and diseases with its very thin and delicate skin to powdery mildew.

The elders say that this variety of grape requires the proximity of the sea in order to reduce various diseases such as mildew and powdery mildew.

This grape variety is not very productive and with its chaotic development is suffering from “millerandage” (poor fruit set) variable from one year to another.

However, these major disadvantages have proven to be an asset concerning the quality with a sweeter grape, a more lighten cluster of grapes due to big and small grains.

This makes it possible to this grape variety to give tastes from white flowers with citrus flavors to white pepper when it is oxidized in a controlled manner.

Furthermore, it is different from other varieties which are found in Provence, such as Grenache, Cinsault, Syrah or Mourvèdre. In oenology term, we can found a certain power in the mouth and we find a more pronounced roundness than these other varieties. It gives a rosé more scent than we currently found on French market, which tend to be very clear, very fresh and very aromatic.

Nowadays, Tibouren represents about 2% to 3% of AOP Côtes de Provence of grape varieties. 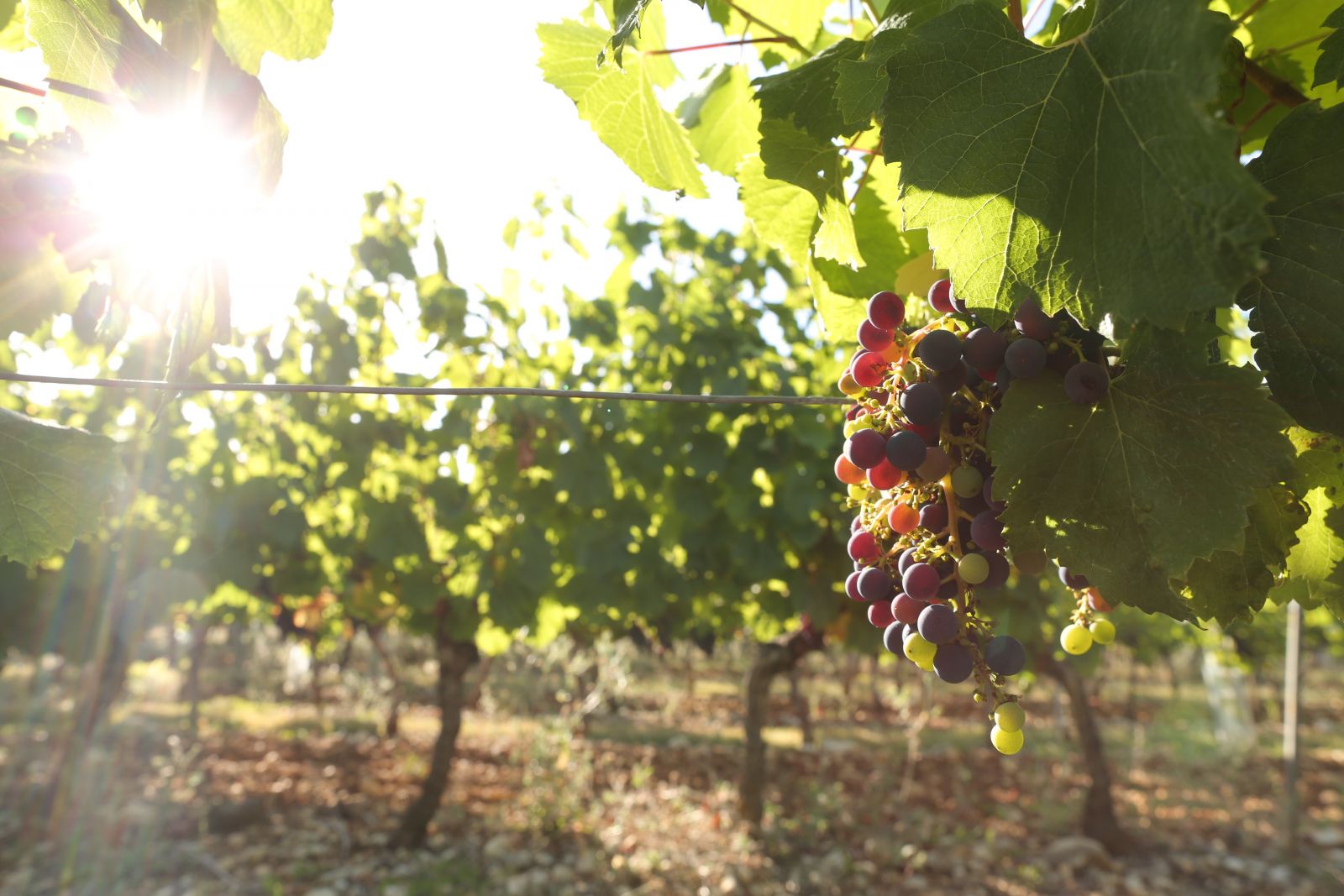